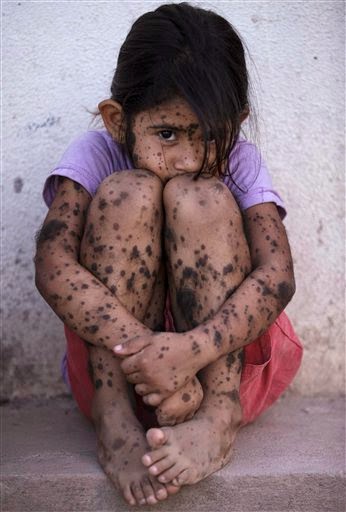 BASAVILBASO, Argentina (AP) — Argentine farmworker Fabian Tomasi was never trained to handle pesticides. His job was to keep the crop-dusters flying by filling their tanks as quickly as possible, although it often meant getting drenched in poison.

Now, at 47, he’s a living skeleton, so weak he can hardly leave his house in Entre Rios province.
Schoolteacher Andrea Druetta lives in Santa Fe Province, the heart of Argentina’s soy country, where agrochemical spraying is banned within 500 meters (550 yards) of populated areas. But soy is planted just 30 meters (33 yards) from her back door. Her boys were showered in chemicals recently while swimming in the backyard pool.