By Associated Press, Published: May 10 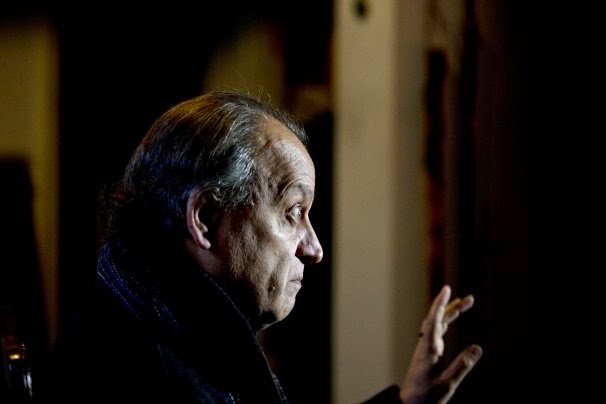 BUENOS AIRES, Argentina — Dr. Andres Carrasco, an Argentine neuroscientist who challenged pesticide regulators to re-examine one of the world’s most widely used weed killers, has died. He was 67.

Argentina’s national science council announced Carrasco’s death on Saturday. He had been in declining health.
Carrasco, a molecular biologist at the University of Buenos Aires and past-president of Argentina’s CONICET science council, was a widely published expert in embryonic development whose work focused on how neurotransmitters affect genetic expression in vertebrates. But none of his research generated as much controversy as his 2010 study on glyphosate, which became a major public relations challenge for the St. Louis, Missouri-based Monsanto Company.
Glyphosate is the key ingredient in Monsanto’s Roundup brand of pesticides, which have combined with genetically modified “Roundup-Ready” plants to dramatically increase the spread of industrial agriculture around the world. The U.S. Environmental Protection Agency and other regulators have labeled it reasonably safe to use if applied properly. But few countries enforce pesticide rules as rigorously as the United States, and farming’s spread has increasingly exposed people to glyphosate and other chemicals.
Carrasco, principal investigator at his university’s Cellular Biology and Neuroscience Institute, told The Associated Press in a 2013 interview that he had heard reports of increasing birth defects in farming communities after genetically modified crops were approved for use in Argentina, and so decided to test the impact of glyphosate on frog and chicken embryos in his laboratory.
His team’s study, published in the peer-reviewed Chemical Research in Toxicology journal, found that injecting very low doses of glyphosate into embryos can change levels of retinoic acid, causing the same sort of spinal defects that doctors are increasingly registering in communities where farm chemicals are ubiquitous. Retinoic acid, a form of vitamin A, is fundamental for keeping cancers in check and triggering genetic expression, the process by which embryonic cells develop into organs and limbs.
“If it’s possible to reproduce this in a laboratory, surely what is happening in the field is much worse,” Carrasco told the AP. “And if it’s much worse, and we suspect that it is, what we have to do is put this under a magnifying glass.”
Monsanto has worked closely with the EPA and other regulatory agencies to strictly limit the parameters of laboratory tests used for approvals of its pesticides and genetically modified seeds. Carrasco’s study didn’t follow these parameters, and Monsanto dismissed his results as “not surprising given their methodology and unrealistic exposure scenarios.”
When asked by the AP last year to explain how scientists can rule out birth defect risks without testing the effect of pesticides on genetic expression in embryos, company spokesman Thomas Helscher said these methods are “relatively new” and that scientists don’t yet understand “how to translate genetic modulations into predictions of adverse outcome.” Injecting embryos with pesticides, Helscher said, is “less reliable and less relevant for human risk assessments” than methods the industry uses.
Carrasco’s research also was criticized by Argentine authorities, but it has become a rallying point for a growing movement of “fumigated people” in the South American country and beyond, who are calling on governments to strictly enforce pesticide spraying limits to reduce human exposure.
Copyright 2014 The Associated Press. All rights reserved. This material may not be published, broadcast, rewritten or redistributed.